It is happening (between you and me) arose by an interest in empathy, morals and their manifesting physicality. Bodies that are permeated by the presence of others, observed postures and gestures, that are immersed in conscious and sub-conscious physical observations. Mirror neurons play a role in the recognition of the other and the possibility of being connected ‘wirelessly’ with others, feeling what they feel or is it feeling what I would feel in a similar situation?

It is happening (between you and me) is a performance where the body gives rise to the uttering of a fragmentary text and in turn the spoken text calls out a specific body. The text was written through a physical practice as well as inspired by found texts in writings about the body. The space is formed by the sound and projections created by Hungarian artist Kristóf Szabó. 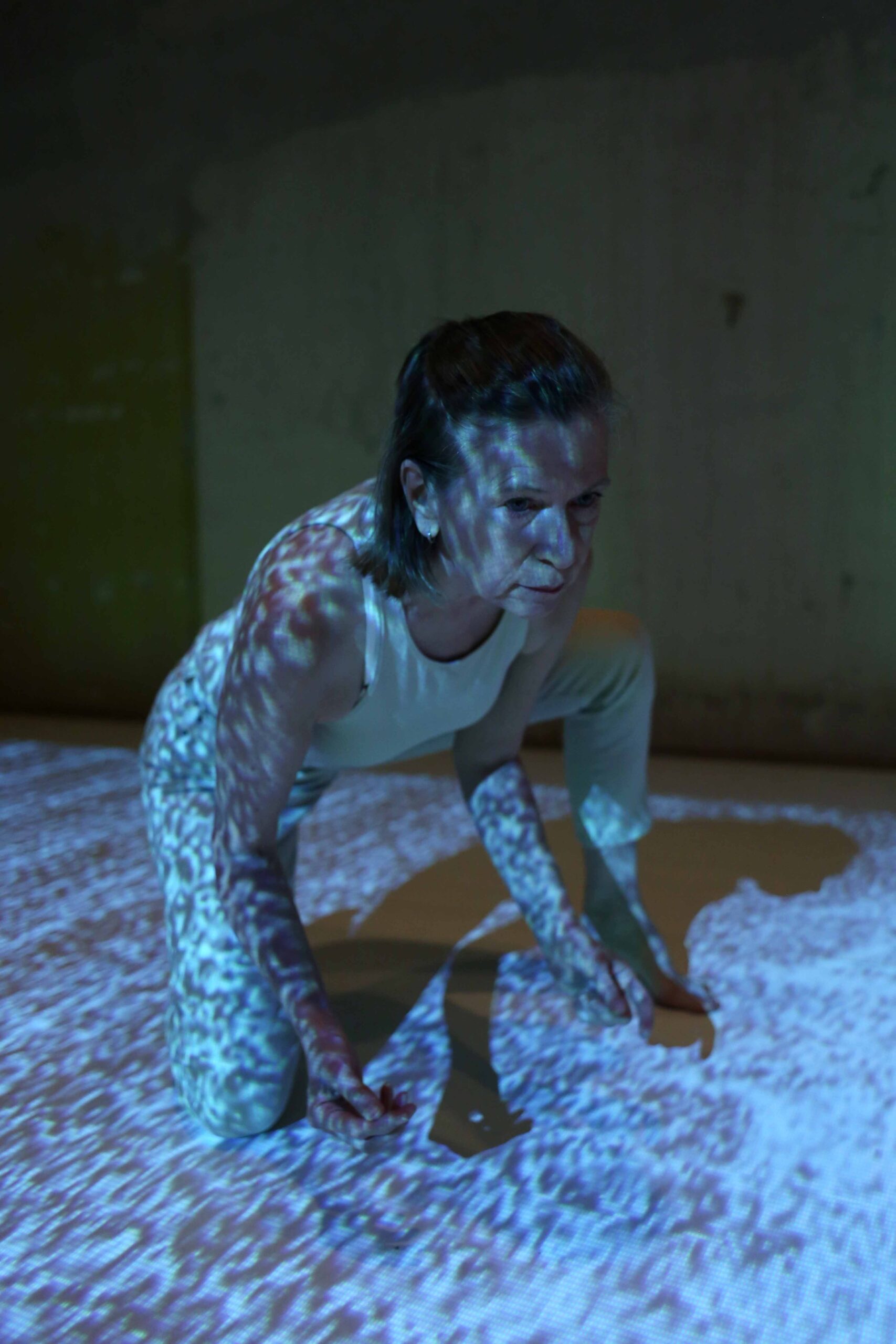 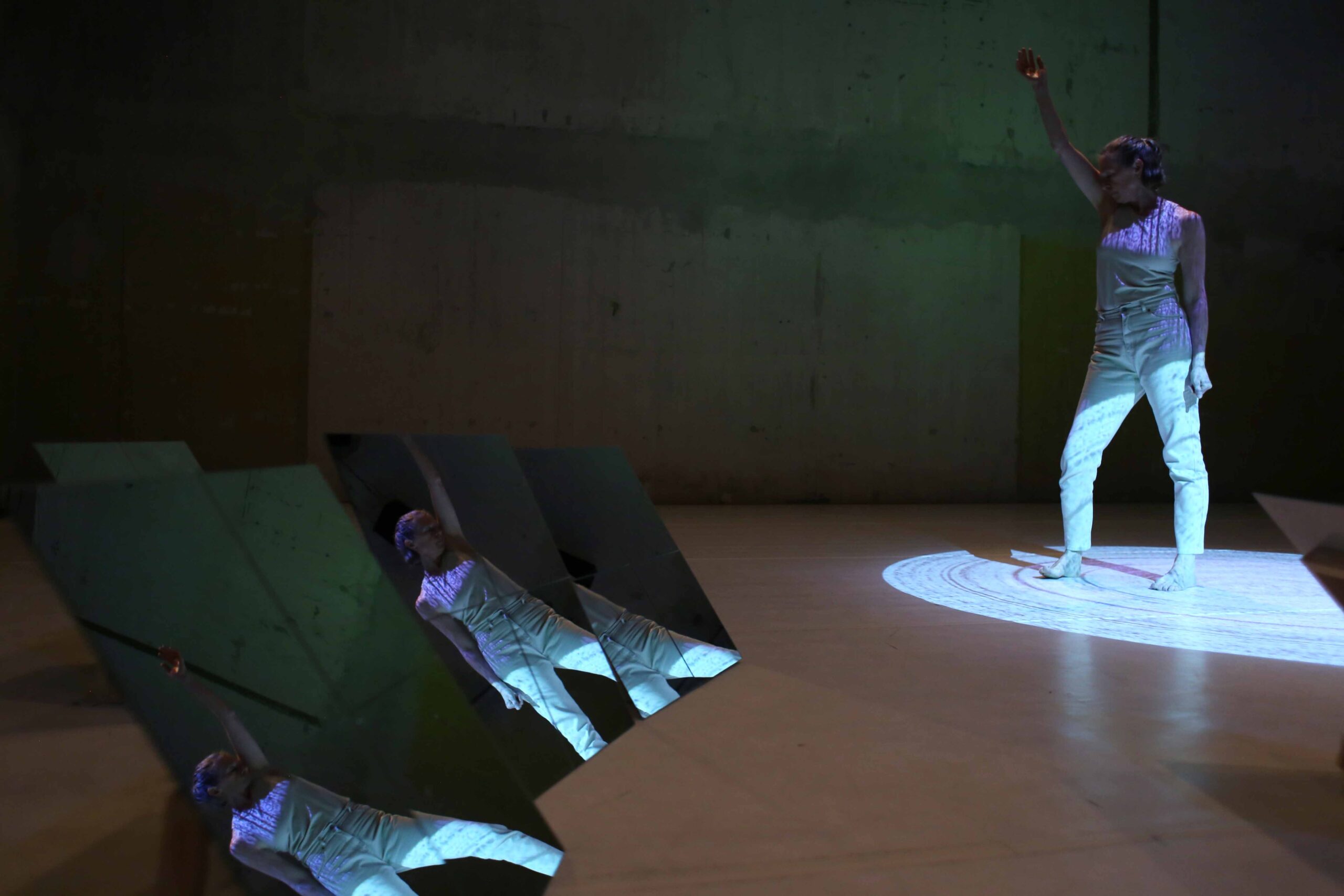 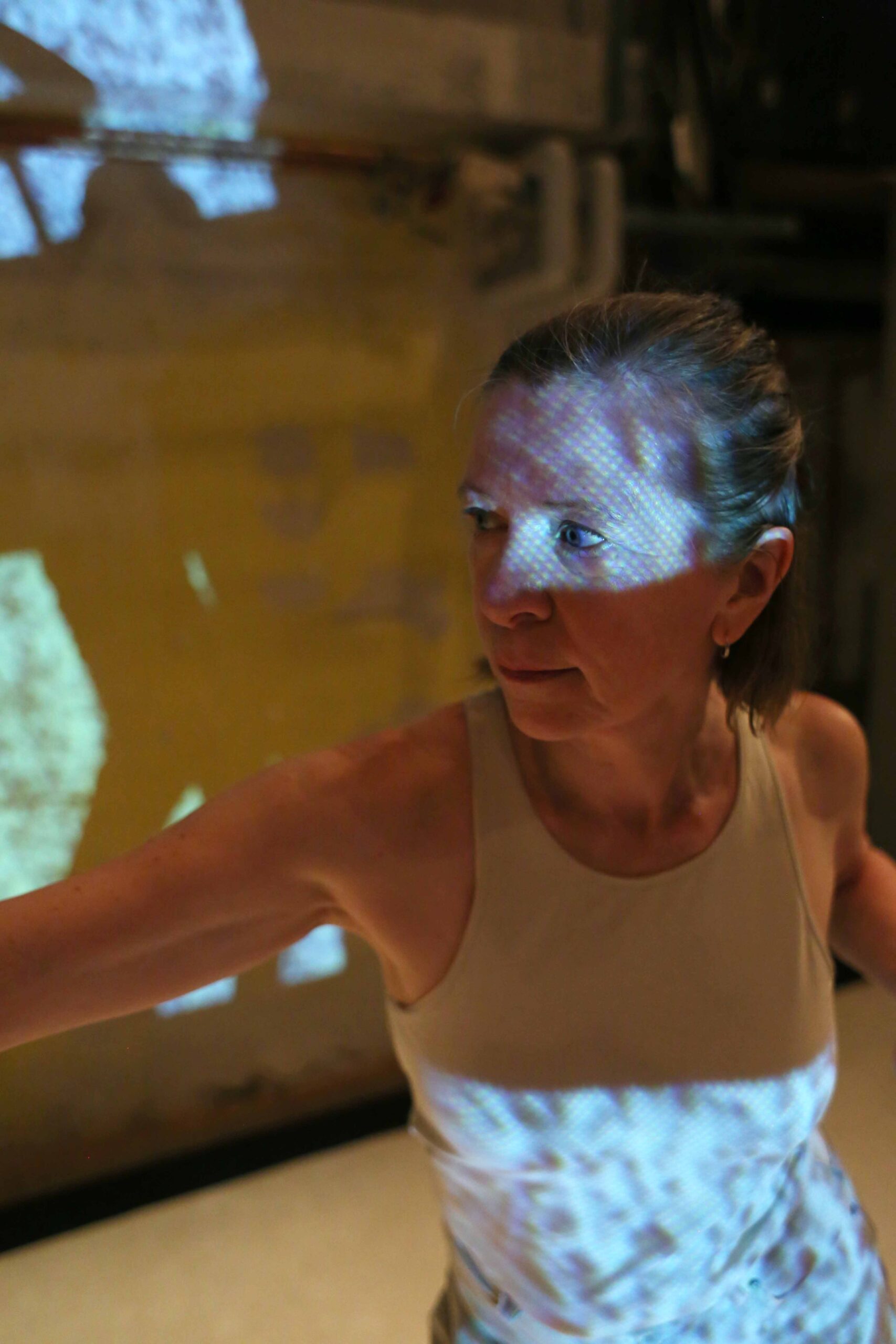 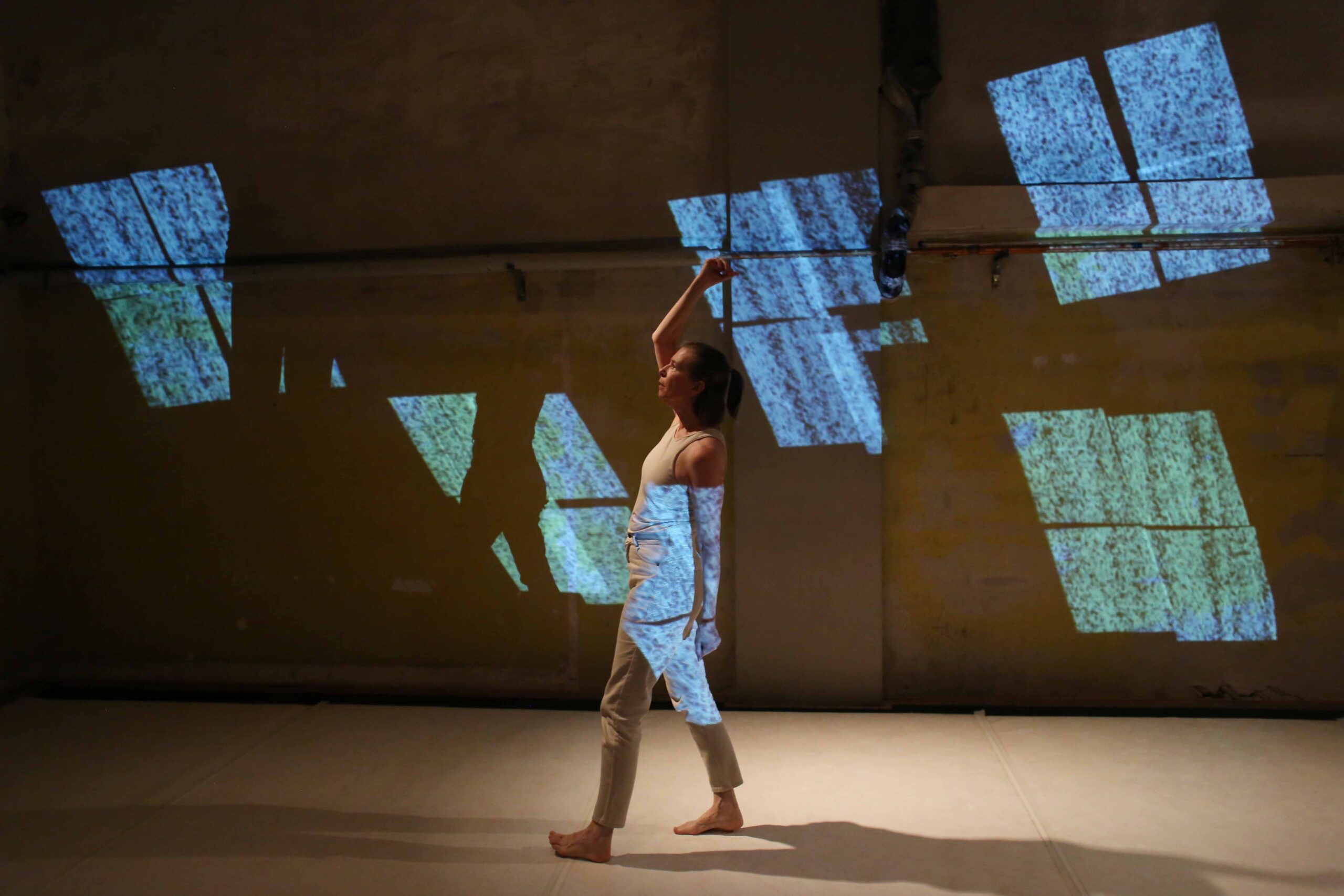 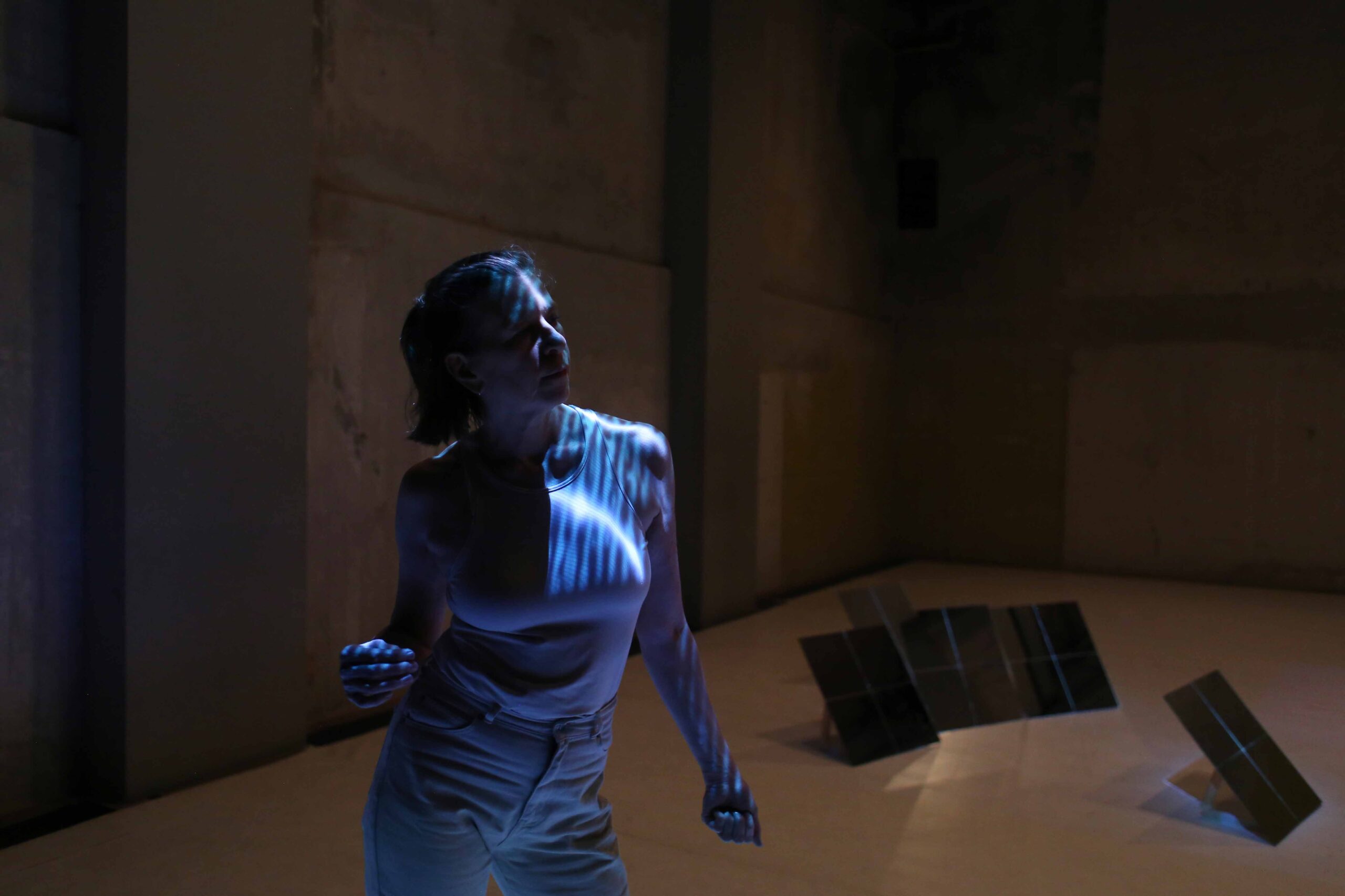